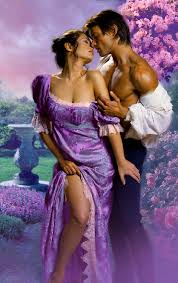 Ah, romance novels. We who love them, love them fiercely. And with good reason. What’s better than falling in love every time you pick up a new book? Happily-ever-afters, strong, smouldering heroes, love that transcends time and distance and conflict … can we say swoon?

It’s a shame that so many readers are quick to dismiss the romance genre as fluff. Trite. Not worthy of literary consideration. Thankfully there are enough of us who love romance, and we know better. We expect our romance stories to have strong-willed heroines, sensitive heroes, multi-faceted ancillary characters, and gripping plots. Some may dismiss romance as easy reading. But as Nathaniel Hawthorne said, “Easy reading is damn hard writing.”

While romance is hard writing, historical romance is even harder. Fantasy and contemporary writers get to draw on experience, or create from scratch the worlds about which they write. Historical romance writers, on the other hand, have to be accurate.  No ifs, ands or buts. We have centuries of real, lived, recorded history we must draw on. You could no more put a zipper on the dress of a Regency debutante than you could write of young Henry the Eighth jousting from the open sunroof of a HumVee. It’s a fact: readers of historical romance know their history, and if you get it wrong, be prepared to hear about it.

But what happens when the expectations of the genre’s readership is inaccurate? When the entire genre is founded on something that isn’t true? Take, for example, the plaid of our Scottish Highlander hunks. It is generally accepted amongst historians that the kilted Highlander did not exist prior to the 1600s. Yet if you were to accurately write a Highland romance with a hero who wears breeks instead of a tartan, your readers won’t be happy. Can you imagine the movie Braveheart without the feileadh mhor?

Reader expectation, whether accurate or not, is a powerful force. And the question we authors face is … at what point is it okay to bend the truth? Is it considered “selling out” if you do? Or is meeting your readers’ expectations, above all else, the most important part of being a writer?

The reality is that historical accuracy and reader expectation is one big grey area. And it’s our job as writers to navigate the many different shades of grey that, in the end, makes us satisfied with our work. I admit, this mire of grey is something I struggle with, but after trolling the Internet, I found many authors who voiced the same concern.

“I was completely fascinated to find this page of notes about real life for the upper classes in the Middle Ages, and it addresses one of the things I’ve always wondered about. In fact, I came upon it while specifically searching for information about rushes as floor covering. In this piece, the author rejects the idea of loosely strewn straw-like rushes (in rich households), because of the impracticality of the ladies of the house, with their sweeping gowns, navigating such domestic terrain. She opines that what was actually used were woven mats made of rushes, which seems to make more sense, especially since woven/braided rush mats have been in existence since at least 4000 BC – and so why wouldn’t these wealthy families have these instead of scattered rushes, at least in all the areas where the family members were likely to frequent?

Could “rushes” just have been shorthand for “rush mats” in some cases where we have recorded references to this practice?”

As another example, in a 2010 blog post, historical author Mary McCall wrote, “A particular challenge for medieval romance authors is finding a logical reason for a heroine to reach the great age of 18 without wedding or entering a convent. Since most women wed soon after their flux and had three to five or more children by 18, our heroine is at once an oddity.”

Fair points. But here’s the way I look at it: We read to escape. Escapism is one of the best things about romance novels. If our readers want kilts and steamy novels in which our heroines are 18+, I don’t see anything wrong with that. I wouldn’t call it pandering. I’d call it delivering on a promise, the promise of escaping into a world in which we can feel comfortable. I know that I’m not writing a historical account. The research is well documented on the internet that says kilts didn’t exist and neither did 18 year old virgin brides.

Perhaps I’m wrong. I certainly don’t claim to have all the answers. Maybe some would disagree with me, maybe some would say that I have a responsibility, as an author, to dispel myth and aim for historical accuracy. If I do that though, it is at the expense of those who want to escape into a world (an admittedly fictional and sometimes inaccurate world) that is well established within the romance genre.

I put it to you, readers. What do you think? Would you rather see historical accuracy, regardless of what your expectations of the genre might be? Or would you rather be presented with a world in which you can escape, despite a few inaccuracies?

One thought on “Historical Accuracy in Romance Writing – Is It Okay to Bend the Truth?”