Love or hate the Game of Thrones novels, you can’t deny that George R. R. Martin has definitely caused a polarizing stir within the reading community. Have you read it?

If you’ve read any of George R. R. Martin’s wildly loonnnggg collection of books, then I’m sure you can appreciate this review by “J. Denton” for A Dance with Dragons on Goodreads. It is, without doubt, the funniest and most appropriate … no, most bang on review I’ve ever read.

P.S. There are some great comments to this review; check them out here.

P.P.S. Sincere apologies for paragraphs 3 through 6. Not my words; faithful transcription : )

He awoke to the warmth of sunlight on his face. At last the day had come. He stretched to work out the kinks in his joints and muscles and groaned at the throbbing in his head. On his nightstand lay a bottle of Dornish red, which he downed in one long swallow to clear his mind, wine dribbling down his beard and tunic. He spied the book at the corner of his room where he had hurled it, and nearly threw the bottle too as the rage resurfaced along with his senses.

The book was called A Dance with Dragons, a book that he had vowed to write a review for to publish on Amazon.com. The ending had left him dazed and confused the night before, and he longed to leech the foulness from his blood in the form of a scathing review to warn others of the horrifying tedium that awaited them. But first… 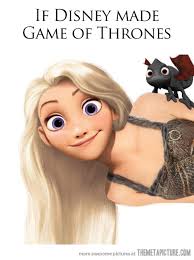 His bladder was full to burst, and he propelled himself to the privy to relieve himself of his heavy load. A steaming stream shot from his hose like the boiling vomit of a sick dragon; far more than what he had anticipated. He counted five and ten seconds gone by as he continued to shoot and spurt, and when it ended he sighed in satisfaction. He shook off the last drops and pulled up his smallclothes, mission accomplished, but what was this…

A dragon’s roar erupted from his hind quarters, a sound that bellowed like the wet cheeks of thunder itself. The smell was revolting, and flakes of brown and bubbling slime oozed down his legs like gravy.

“Farts are wind.” He chuckled, saliva running down his beard and undershirt.

He opened his refrigerator to check its contents. He was hungry, and he was not going to write his review until he was full and sated. Much and more can be done in a day, and he wasn’t about to rush himself.

Within were foods beyond count and description, but he was going to try anyway. Two cartons of eggs sat at the top shelf, each carton containing sixteen shells filled with delicious yolk and white. On the shelf below there were meats of every kind: ham and beef and pork, bacon and roast beef and steak, enough to make his mouth water and his stomach jiggle with hunger winds. Yogurts dominated the third shelf of at least three different brands and ten different flavors. Orange juice, apple juice, grape juice, juice of every fruit and flavor. He would not go thirsty, mayhaps. There were also cakes of cheese and chocolate and strawberry short, as well as pies of apple and custard for when he tired of cake. Winter may come, but he would not go hungry. The bottom shelves were for vegetables, cabbages and carrots, broccoli and lettuce, tomatoes and…what…

“Neeps? What the hell are neeps?” He shrugged.

He broke his fast on fried neeps and bacon, scooping them up in week old hard bread that he hollowed out and used as a trencher. He tipped the delicious soup into his mouth, bits of neep and bacon grease running down his chin and robe. When that was done he ate the trencher too, the soggy crumbs clinging to his facial hair. He mopped up the excess grease with his beard, saving it for future consumption. If there was anything he hated more than procrastination, it was wastefulness.

His review was in his mind. He yearned to write it, as that was his true purpose and he despised these bothersome distractions! But first, he had to travel. Surely there was plenty of time. Much and more can be done in a day, after all. Much and more.

The ship sailed down the river.

In truth, he was not on a ship, nor was he in a river. But he had always longed to go sailing, and if he could, he would write about it incessantly and without restraint. But as of now, he drove a car, and while there was no river, there was a road, a long strip of gray asphalt that continued on to the vast horizon, leading to his destination, wherever that would be, and oh the Seven only knew when he would get there. The cement was cracked and the paint that divided it chipped and faded, mayhaps from age and use. The buildings passed by in a vague blur, but he could not pay attention to them now. He had to look ahead, or risk getting lost at sea. If I look left I am lost.

Like the outstretched hand of a giant, a red light loomed before him, forcing him to stop in his tracks. There were three lights in all, red and orange and green. They played in sequence, herding the ships about like kings in an ocean court. He wanted to push on past that oppressive red god, but he knew to do so would be a one way ticket to the black cells. And the jail was dark and full of terrors.

He could not afford to risk that, to be held captive for the tenth time like some onion smuggler. He had a review to write, and no time to waste. But he would get there, he assured himself. He only had to sail – drive – thrice more. But first comes the setup, and then he would put his pieces to play.

“Hello, wench.” He greeted. On the counter was an assortment of goods and food products. He had enumerated them in excruciating detail the chapter before, but he saw no reason not to do so again. Packs of lunchables were stacked like a mountain of prepared meals to lazily break his fasts on on the counter before him. Jugs of milk stood next to them, flanked by bags of cookies and crackers in varying brands and flavors. And oh R’hllord the cheese! Sliced cheese, round cheese, white cheese, blue cheese, string cheese and cream cheese. New pieces of hardbread were grouped to the side, of which he would use as trenchers when they become old and tough as rocks. And-

“That would be thirty-six fifty, sir.”, said the wench.

“Thirty six fifty. I rang them up while you were describing them. I like to pretend we’re racing. I always win though.” She smiled.

“Ah, I see.” His eyes squinted at her, as if seeing her for the first time. Her hair was the color of straw and flowed past her shoulders and held in a band with a cute lion face (LANNISTER!) so as not to be obtrusive, culminating in a widow’s peak at her hairline. Her eyes were like brown m&m’s swimming in puddles of fresh milk. She wore a white blouse slashed with yellow with the top two buttons open. Her bosom was impressive, and on the left was a nametag.

“Darianne. Oh Darianne! How have I not noticed you before!”, he crooned.

“Um…I don’t know. We see eachother everyday…you like to describe your purchases while I-“

“Silence! Don’t speak! You have awakened the dragon, and oh how he roars. I wish to sit for ten chapters straight and repeat your name! Darianne! Darianne! Darianne! And please, call me nuncle!” Suddenly he shook his head, and his eyes focusing and his gut retracting, as if waking up from a terrible spell. “No, I must not! I have a review to write, and these random romantic dalliances will only waste time!” But as if succumbing to an invisible force that filled with extreme laziness, his eyes glossed over and his stomach spilled over his belt, and once again he was lost. “Please, take me through your Myrish swamp!”

It had been a long day, longer than the longest of books, longer than even the longest installments of the most epic of epic sagas. There had been many distractions along the way (through no fault of mine!), many foods to enumerate and much sailing – driving – to do, and he was contented to immerse himself in all of it. But the end had come at last; there was no more time for those distractions. It was time for the climax, and he must needs go with a bang. If there was actually anyone waiting, this was the moment they were waiting for.

He sat in his chair, facing the computer screen, ready to write his review. The time was twelve and twenty, his cheek still stinging from the slap Darianne had given him, and his fingers flexed and ached to at last express what he felt after reading A Dance with Dragons. He glanced at the mirror hanging at his side, and for a fraction of a second he glimpsed the face of a rotund old man with a snowy white beard wearing a newsboy hat and an NFL jersey, who somehow reminded him of a greedy Santa. He shook his head. He must be weary from lack of writing.

His fingers twitched over the keyboard, eyes glued forward at the screen. There was no shirking it now. The end would have to come. No more excuses. It was the end of the road. The final countdown. Duh duh DUHduh, duhduh duhduhDUH! The “setup” was complete, and his characters waited in place, ready to make their moves. This was the moment he had spent an entire day and one thousand figurative pages preparing for. At last the day had come. His beard smelled awful. A Dance With Dragons was…

He wrote a word.

2 thoughts on “A Dance with Dragons – Best Game of Thrones Review EVER!”