Tweet to Win: For a chance to win one of three free copies of Deception, tweet this to your followers:

Tweet: sqz.co/Kj5i4LC #Authors pls RT: Eloise De Sousa is on the #CTRIAF today. RT for a chance to win her #ebook! #Contest #SelfPub

After five years of struggling to make a new life for herself, Amanda is called back to her past under the hot African sun. Dangers she thought she had left behind are waiting to haunt her and reveal the secret she ran away to protect.

Alex is a man drowning in his own world of sorrow from his wife’s death. Questions which plagued him for years are suddenly finding answers that he could never imagine. The woman he has sworn to protect might be his wife’s murderer.

The past might have found Alex and Amanda, but it is the future they have to fight for…if they survive the truth!

Want to read this book? Pick up your copy of Deception today at the Coffee Time Romance and More bookstore.

A note from the author: 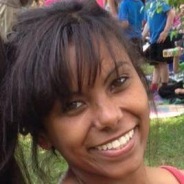 I have always loved writing.  From a young age, my poor friends and family have had to listen to my many poems, stories and songs. My journals/diaries were filled with elaborate stories of fanciful things. There was never a moment where I thought I could be a writer.  It was just something I enjoyed.  As an adult, priorities shoved the writing to one corner whilst more important things (like feeding children and keeping them clean) took over.

After thirteen years of raising four children, the opportunity to change my career reared its beautiful unicorn head!  Instead of throwing myself back into my old job as a legal secretary, I was given the opportunity to spend a year writing my first ‘proper’ book.  Having dabbled in independent publishing, this was my chance to put something more substantial on the market.  The journey was incredible and taught me so many things.  By the end of the year, Deception was created, edited and published.

In 2014 I participated in my first NaNoWriMo competition.  It is a challenge to see if you can write a book consisting of 50,000+ words in a month.  The Iron Pendulum was born.  This thriller is still in its early stages of production, so please look out for it later this year.  Children’s books, contemporary romance, thrillers or suspense – I love writing them all!  If anyone had told me when I was younger that I would become an author, I would never have believed them.  I would like to say thank you to you, the readers, for making it all happen.  A writer is nothing without his or her written words read and shared.

Hope you enjoy my books and I look forward to hearing from you, anytime.

Tweet: sqz.co/Kj5i4LC #Authors pls RT: Eloise De Sousa is on the #CTRIAF today. RT for a chance to win her #ebook! #Contest #SelfPub

Self-Published Authors: Want to be the next Indie Author Feature with Coffee Time Romance and More? Submit your novel for consideration here.